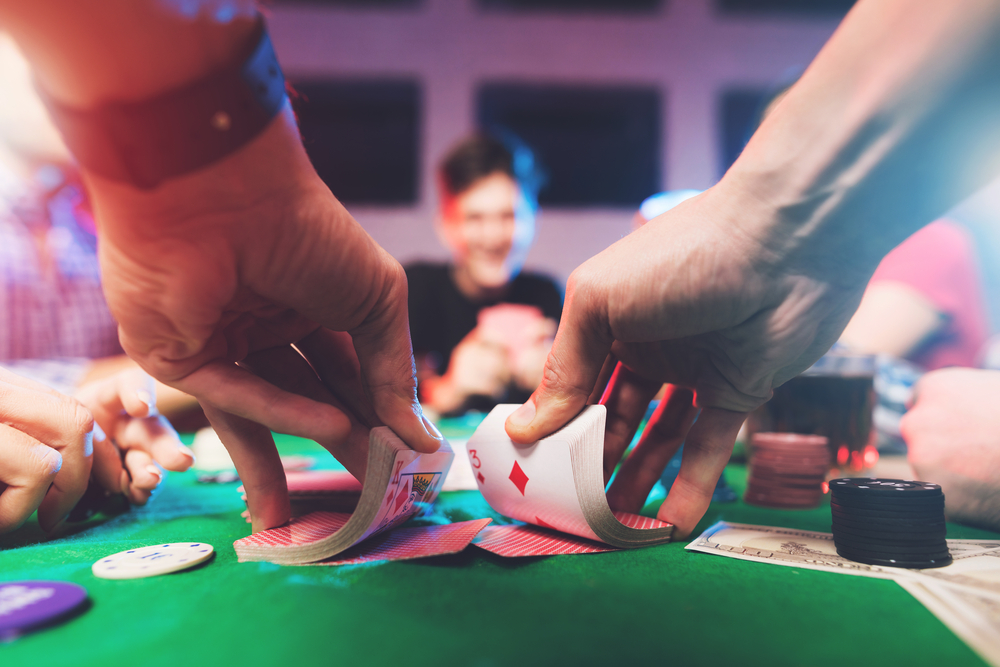 Sit and go poker tournaments are often seen as the bread and butter of the poker industry, providing entertaining games for thousands of poker hungry players. Sit and go poker also creates a strong and reliable customer base for the online casinos. But delve a little deeper and you’ll soon find a host of reasons why the sit and go is the perfect recipe for feeding your competitive streak.

What Are Sit n Go Tournaments?

Thanks to online casinos, the popularity of sit and go poker has soared. Games are available at any time of day and night giving players the most flexible options to indulge their passion. If you want to take part, you simply register with an online casino then take your seat. Sit and go tables usually cater for six or nine players at a time and once each seat is occupied, the tournament begins. A great advantage of the sit and go or single table tournaments (STT) compared to the multi table tournaments (MTT) is speed, with an average game lasting less than an hour.

Although some regard the multi table tournaments as the hub of superior competitive play, games can take the best part of a day to complete. For anyone with a competitive appetite, the sit and go’s provide a player with the ideal opportunity to pit his or her wits against a large and interesting cross-section of opponents. In just two hours it is easily possible to play two or three games allowing you to cross swords with between eleven and twenty-six opponents. Furiously paced turbo versions can last just ten minutes which would see you playing against an even greater number of opponents during two hours of recreational play but they don’t allow much room, if any, for developing your poker skills.

Many newer poker players with an active competitive streak are eager to reach the big jackpots of the multi table tournaments but easily overlook the importance of playing sit and go tournaments. Playing successive STT’s is the only way a new player can serve a poker apprenticeship. Although multi table tournaments are seen by many as the setting for those at the peak of their game, the sit and go’s have more than their fair share of highly skilled competent players. Every time you play you’ll encounter crafty, talented opponents who can’t spare the amount of time required for the multi tables. Playing as often as possible against competent opponents is how all players learn to sharpen their own poker strategy. After all, there isn’t much point having a competitive steak unless you have the skills to back it up.

How To Play Even More Sit And Go Poker

The priority for players with a competitive streak is to play as often as they can. Those with a responsible attitude to gambling see the sit and go’s as an ideal way of building a substantial bankroll to make their favourite game self-funding. Nine player sit and go’s usually have pay-outs of 50% for first place, 30% for second place and 20% for third. Six player tables have a generous 65% first prize with 35% for the runner-up. The prize money might not match that of the multi table events but at least it is realistically achievable. MTT’s can often start with more than five hundred players leaving you with the uphill task of surviving long enough to reach the few privileged places that offer any hope of winning a prize. Acquiring enough skills to see you avoiding the bubble in the much smaller field of a sit and go will guarantee you prize money almost every time you play.

Sit and go poker is ideally paced for competitive players to feel they are at the heart of the action. With the right sit and go poker strategy, they can bluff their way through the early stages before aggressively eliminating weaker opponents to avoid the bubble, a challenge every competitive player is sure to relish. For any player with an insatiable appetite for poker, the sit and go poker tournaments are perfect for enjoying fast paced play that doesn’t compromise on quality. Playing against large numbers of opponents is ideal for gaining experience and with prize money that is within reach whenever you play, you can continue to feed your competitive streak for even longer.